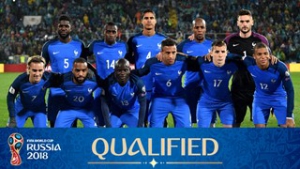 France or the official name french republic It is a country centered in Western Europe. It also comprises islands and other continental territories. Mainland France stretches from the Mediterranean Sea to the English Channel and the North Sea. and from the Rhine to the Atlantic Ocean. The French often refer to the mainland as L'Hexagone because of the physical shape of the country. France is a quasi-presidential regime. Based on the ideology of the Declaration of Human and Civil Rights

France borders Belgium, Luxembourg, Germany, Switzerland, Italy, Monaco, Andorra and Spain. and because France has overseas territories in possession It borders Brazil, Suriname (adjacent to French Guiana) and the Netherlands' Sint Maarten. France is also connected to the United Kingdom via the English Channel Tunnel.

France has been one of the world's superpowers since the 17th century. In the 18th and 19th centuries, the French Empire was one of the most colonized imperial countries in the world. It spreads from West Africa to Southeast Asia. This is evident from the cultural influence. Language and politics of that territory France is a developed country and has the 6th largest economy in the world. France is also a country with the most tourists in the world. With over 82 million foreign tourists a year, France is the founding country of the European Union and has the largest territory in the bloc. France is also the founding country of the United Nations. It is a member of the Global French Language Community, G8, NATO and Latin Union. France is also a permanent member of the UN Security Council and is a nuclear powerhouse with over 360 nuclear warheads and 59 nuclear reactors.

The France national team was formed in 1904, when the International Football Federation was formed on 21 May 1904, playing in their first official game against Belgium on Day 1. In May 1904, the game ended in a 3-3 draw, while in February 1905, France made their official debut in a national game against Switzerland. Switzerland at the Parc des Princes in front of about 500 spectators and they were on the winning side with a score of 1-0.

In 1932 France participated in the World Cup held in Uruguay. France's first game in this tournament was a 4-1 demolition of the Mexican national team, with Lucien Laurent scoring the first goal of the game. Became the player who scores the first goal of the World Cup as well. But France lost 1-0 in the next two games against Argentina and Chile. making it unfortunate to be eliminated

In 1934, France continued to disappoint. when eliminated in the first round by losing to Austria But they did an unusually good performance when they hosted the World Cup in 1938 after breaking through to the quarter-finals before losing to Italy by 3 points. 1

The 1950s was the golden age of French football. With the birth of world-renowned footballer Just Fontaine, the all-time World Cup goalscorer, and legendary striker Ramon Copa, who had a huge success with Real Madrid in 2016, 1958 France secured third place in a 6-2 win over West Germany, with Fontaine scoring four goals alone.

In 1960, France hosted the European Championships for the first time, but they finished fourth after losing 2-0 to Czechoslovakia. France has clearly diversified from the frequent change of manager. Including failure to play in many major tournaments. They were unable to achieve substantial success in the 1960s and 1970s.

In the 1980s, France made a big comeback with the leadership of Michel Platini, a technical game maker. and three great midfielders, Jean Ticana, Alain Gires and Luis Fernandez, who work together until being dubbed Magic Square, they led France to a major international championship at Euro 1984 hosted by France. Platini was the show's top scorer with nine goals, including one in the 2-0 win over Spain in the final.

In addition, in the same year France were also able to win gold at the 1984 Olympics before winning the Artemio Franchi (present-day Confederations Cup) the following year, earning them the title. Raised to be the 1st favorite team for the 1986 World Cup win, but then still have to wait for the championship position. After only finishing 3rd by losing 4-2 to Belgium

It wasn't until 1996 that France began to rise to the top of the World Cup team. Having entered the declining era with many young players coming to serve the nation at Euro 1996, France performed superbly. But had to stop at the playoffs as before after losing to the Czech Republic Later in the 1998 World Cup, which they hosted, France was able to burst into form with a thrashing of Brazil. The best teams from the World Cup In the final 3-0 with the championship to win the great team.

In 2000, France continued to do well by winning Euro 2000 with a 2-1 win over Italy in the final. Under the game and the creation of the game of Zinedine Zidane, the best technical midfielder of France. They became the first nation to win both the World Cup and the Euros since West Germany in 1974. France also rose to No. 1 in the FIFA world rankings.

France is starting to fall again. After failing to defend the 2002 World Cup title, but more shockingly, they had to stop at the first round only. Before the results improved at Euro 2004, with France progressing to the quarter-finals. but defeated Greece later champion owner

In 2006, France almost did not qualify for the 2006 World Cup, but fortunately, the older players who announced their retirement from the national team changed their minds to help the team again. And they continued to perform well in the final round. After fighting and uniting until reaching the finals successfully. But they lost to Italy 5-3 on penalties unfortunately. Two years later at Euro 2008, France failed to reach its dream side again after being eliminated in the first round. Because it was caught in a group that only has the favorite team to be the champion. With the Netherlands, Italy and Romania joining the group, they are fourth in the group.

In 2010, France was disappointed again after being eliminated in the first round of qualifying for the 2010 World Cup in South Africa. There were also problems within the team between the players and the coach as well. Later in Euro 2012, the French national team started to perform well. In the group stage, can be the runner-up of the group champion. It is second only to England. But then in the last sixteen teams lost 2-0 to the favorites of this tournament, Spain.

The World Cup has qualified 15 times.