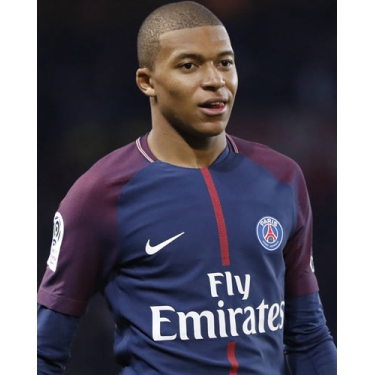 Kylian Mbappe, born on 20 December 1998, is a French national footballer currently playing for Paris Saint-Germain as a striker. He was called up to the French team for the first time to face Against Luxembourg and Spain in March 2017, made his debut on 25 March 2017 against the former, coming for Dimitri Payet in the 78th minute in a 3-1 win, and in May 2018 he was named in France's preliminary in the World Cup squad. 2018 in Russia